Sorry for the delay in posting this – it’s funny how momentum screeches to a halt as soon as TIFF ends. Even the number of hits per day to this diary has dropped off dramatically since Friday. End-of-fest ennui, I suppose.

The festival handed out its official awards way back on Saturday and, once again, I question the legitimacy of their Audience Award. Screenings were still going on as the awards ceremony was taking place on Saturday afternoon… so what happens to the votes cast for those movies? And why is the big Audience Award-winner almost always one of the Gala films? Could it be because those screen in the largest venues and would, therefore, have the most number of votes? And the whole averaging system (the fest’s new way of voting, where you rank a film from one to four, and the votes are then averaged into a single score – like, 3.75 – per film) makes absolutely no sense. How many films wound up ranking a perfect four? Probably a whole slew of them. So how do they pick a winner?

Popularity! That’s how. Or how I figure they do it.

Anyway, here’s who won what: 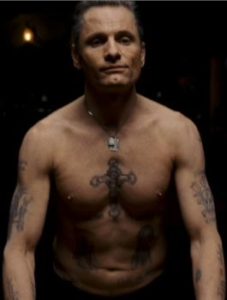 Strange thing is, amid all the line buzz inside and outside of theatres, I didn’t hear a single person ever say anything about Eastern Promises, good or bad. If that many people loved it, wouldn’t there have been some kind of word-of-mouth thing happening?? Guess not.

The Toronto Star also named a half-dozen new talents to watch, including The Stone Angel‘s Christine Horne, Caramel‘s Nadine Labaki and Poor Boy’s Game star Rossif Sutherland. Having seen all three of those films (I caught Game pre-fest), I have to agree with those picks.

My own personal awards go a little something like this:

Least-Fave Films: Do I even need to type them? Thank you, Aaron Eckhart, for the crapfests Bill and Nothing is Private!

Biggest Surprise: Film-wise, Caramel (7/8), which I actually saw at a press screening prior to the start of the fest, and which I thought was extremely well-done. Other-wise, seeing Roger Ebert again. Yay!

Worst Theatre for the Prevention of Line Cutting: The Ryerson (sorry Matt!), where the location of the line – i.e., outside, along a public sidewalk, sans ropes, where assorted pedestrians weave in and out of the moving line when the doors open – means “sidlers” often join the line and weasel their way in. This happened every single time I was at this theatre, and I called people out each time I saw it happening. By the last day of the fest, when at least SIX people squeezed into the line for Death Defying Acts, I actually YELLED across the line, “HEY! ALL YOU PEOPLE CUTTING IN LINE! THE END IS THAT WAY!!!!” I felt kind of silly but come on. First runner-up: The Elgin, for exactly the same reasons.

Best Theatre for the Prevention of Line Cutting: The Varsity. Sure, their military-like seriousness and precision can be scary, but just TRY to sneak in there. I dare you! 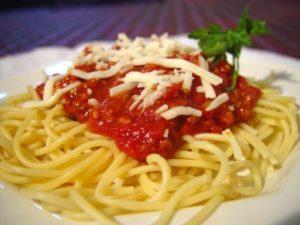 Best Quickie Meal: The cheap, plentiful, fresh-made pasta at Vinnie’s in the Atrium on Bay (handy for the Ryerson and Elgin!).

Best “I Have Three Hours to Kill” Meal: Crèpes at the Marché at (the former) BCE Place! (I swear they’re infused with crack.)

Must-Get Festival Staffer for 2008: For the love of all that is holy, WHY is Myrocia Watamaniuk STILL not a bigtime TIFF exec?! And, even if the fest doesn’t have room for her in their ranks, couldn’t she just freelance as a moderator? Please? Each time I had to suffer through a poorly run post-film Q&A (I’m looking at you, Marguerite Pigott and Noah Cowan, the latter of whom didn’t actually run any of the Q&As at my films this year but who continues to induce eyerolls with his fustian, prosaic and enervative use of at least one $50 word in each of his uninspired film intros) I thought of Myrocia and her breezy, blissful Q&As at HotDocs and the WWSFF. *sigh*

Thanks to all for reading along, and please post your own best and worst of the fest in the comments section. We love hearing from you! (And feel free to offer your feedback on the blog itself. We’re totally okay with it!) 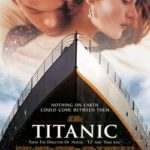