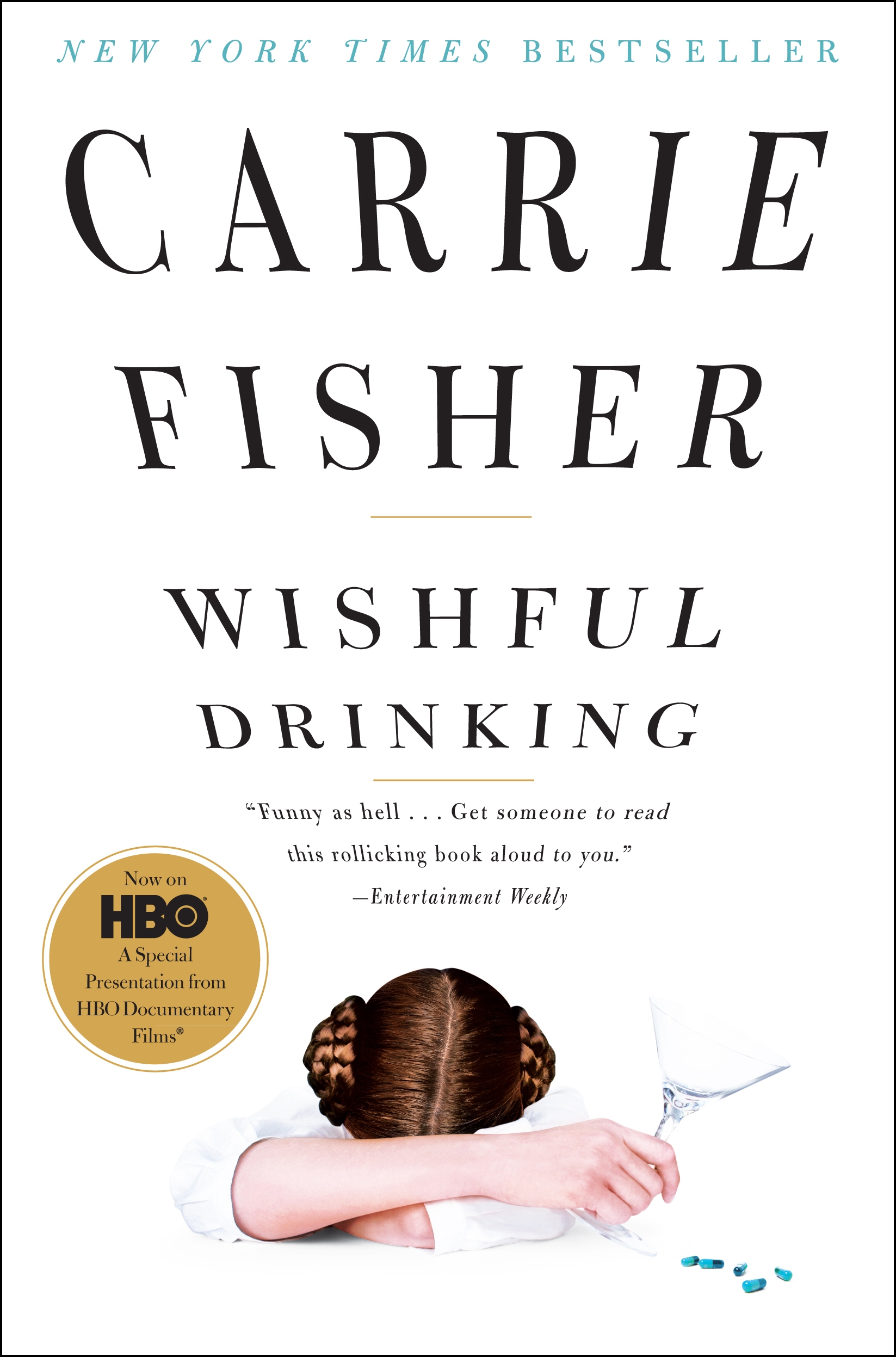 Wishful Drinking is one of those dishy memoirs that make you feel as though the author has grabbed you by the hand, pulled you off to the side, and launched into a hilarious and totally conspiratorial conversation. It’s like sitting down with the life of the party and chatting intimately while the rest of the guests nibble crackers and shuffle their feet around you. And really, who wouldn’t rather hang out with Carrie Fisher than mingle with the wallflowers?

Fisher kicks off the book with one defining phrase, “If my life wasn’t funny it would just be true, and that is unacceptable.” Those simple words set the tone for the rest of her memoir, and provide perhaps the only real moral to come out of Fisher’s story. What follows is a conversational hodgepodge of anecdotes that cover every aspect of her life. (And we have to excuse the fact that the book is completely nonlinear, because after several rounds of Electroconvulsive Therapy Fisher’s memory is completely nonlinear as well.)

She begins with her quirky childhood as the daughter of Hollywood icons Debbie Reynolds and Eddie Fisher, then details her days as Princess Leia, her long and complicated relationship and marriage to Paul Simon, the death of her best friend (in bed beside her), and the rather traumatic process of being left by her second husband… for another man. Oh, and then there’s the addiction, the bipolar disorder, and a host of personal issues that have made for some pret-ty interesting stories involving hospitals, psychiatrists, and looney bins.

What saves the book from becoming a typical celebrity pity party is Fisher’s fabulous self-deprecating sense of humor and wry view of life in general. At no point does she lose her self-awareness or squander an opportunity to make fun of herself. Better yet, she frequently throws out questions for the reader—”Aren’t you glad I told you that?” or “Don’t you think my family has a weird relationship with magazines?”—and you wind up feeling as though you’re fully engaged in a dialogue about your respective life stories. In the end, after weighing through all of the difficulties, tragedies, and absurdities, all you can really do is laugh. It’s is as good a message as any I’ve heard in the field of self-help.

[See also our review of Wishful Drinking, the stage play!]

PreviousSIFF 2009: Piles of garbage, piles of snow, and one scary scary cliffNextSIFF 2009: Home is where you make it