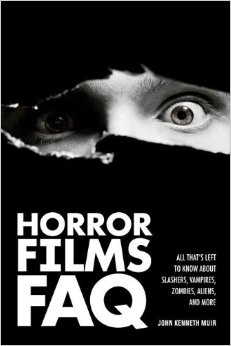 Though I rarely go back to them, I’m a sucker for books about movies. It’s fun paging through them to see which ones you’ve seen, deciding whether or not you agree with the commentary, and stumbling upon things you’ve never heard of. It’s a great way to learn trivia and it’s a great way to discover new movies to fill your Netflix queue. If you have any interest in scary Halloween movies, Horror Films FAQis a most enjoyable read.

Written by John Kenneth Muir, Horror Films FAQ serves as an overview of horror films in general. With chapters devoted to important directors, historical context, and the various components of horror films, the book offers a breezy but comprehensive look at the genre. Certainly horror geeks already know all about John Carpenter and George Romero, but for those of us with a more passing interest in horror, the book allows us to put the pieces together. We start to see these films as a reflection of the era in which they were made, and as something that often offers social commentary as it sends chills down our spines or makes us jump out of our seats. Reviews for movies like Rosemary’s Baby and Poltergeist are more substantial than others, but reveal the meaning beneath these iconic films. The point is that even horror films, often not taken seriously, are a reaction to and a reflection of the world in which we live.

On a much lighter note, the book also includes a plethora of chapters on horror themes from werewolves to zombies, ghosts to haunted houses, vampires to demons, and everything in between. Again we begin to draw correlations and connect the dots. Interview With The Vampire, Bram Stoker’s Dracula, and Twilight are all part of an evolving vampire saga, just as films you might not think of as horror movies are actually part of an ongoing tradition. Ghost took the world by storm as a star-powered love story, but also totally qualifies as (wait for it!) a ghost story. Jurassic Park was a huge blockbuster synonymous with Spielberg, Crichton, and dinosaurs, but Muir classifies the film as a mad scientist movie. It makes perfect sense, but it’s sometimes difficult to see past the box office numbers and merchandising and recognize a film’s rightful place in movie history.

With its brief chapters and easy style, Horror Films FAQ is an accessible book designed to get viewers thinking about film. Whether it piques your interest in a specific sub genre, inspires you to watch something new, or causes you to look at an old favorite in a different way, Muir’s book succeeds in legitimizing horror as a topic of conversation. 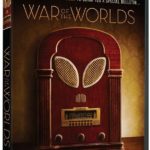 PreviousAmerican Experience: War of the WorldsNextThe Best of (The Original) An Evening at the Improv 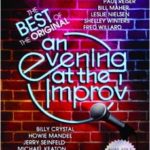