Watching Around the World in 80 Days is a bit like watching one of those madcap adventure-comedies that Disney churned out in the 1960s…and that’s actually a good thing.
By Vickieon June 20, 2004
0 Comments
Our Rating 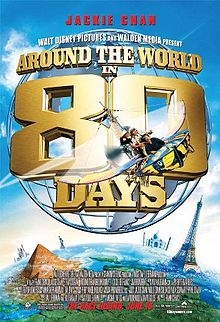 Admittedly, I wasn’t expecting much from this adaptation of the Jules Verne classic, especially since it stars Jackie Chan – whose last two big-screen forays (The Medallion and Shanghai Knights) left me less than a’glow with adoration.

But, lo and behold, the movie’s actually pretty good!

Chan stars as a Chinese villager named Lau Xing – who renames himself “Passepartout” in order to elude authorities in London after he swipes a prized jade Buddha from the Bank of England. He goes to work as a valet for eccentric but oddly prescient inventor Phileas Fogg (Steve Coogan), whose giant home is awash in odd contraptions and weird devices. Phileas enters into a wager with the stuffy Lord Kelvin (Jim Broadbent), who agrees to give Fogg control over the Royal Academy of Science if he can successfully circumnavigate the globe in no more than 80 days. And with that, it’s ON!

As our heroic scientist sets out on his journey, he picks up a French painter named Monique (Cécile de France), who looks and sounds like Paris’ answer to Patricia Arquette, along the way. The audience is also privy to a concurrent subplot involving a nasty Chinese warlord-ette named (fittingly) General Fang and played with much gusto by Karen Joy Morris.  Fang also wants the jade Buddha, and she sends her henchmen after Fogg and Passepartout to get it back.

With these tent poles in place, the movie becomes a giant travelogue circus, as Fogg and crew cross countries and continents, encountering more celebrity cameos than you can shake a nifty, multifunctional walking stick at. (Arnold Schwarzenegger and Rob Schneider have already been revealed in the trailers, but there are several more to keep audiences amused.) Nevermind the sporadic appearances of Trainspotting’s rail-thin, strangely grotesque and marble-mouthed Ewen Bremner as a rail-thin, strangely grotesque, marble-mouth bobby with questionable morals and a seemingly limitless pain threshold.

There are enough hijinks, sight gags and dizzying martial arts sequences to satisfy just about every facet of the film’s potential audience, and it’s all delivered in a brisk fashion so as to maintain the focus of even those with the shortest of attention spans. There are some needlessly distracting computer-animated “interludes” that seem very out of place and kind of tacky in a “what were they smoking when they came up with THAT?!” way, but the story is lively enough that they can be ignored. Chan and Coogan (who comes off like a poor man’s Hugh Grant here) make for an entertaining duo, and director Frank Coraci overcomes the legacy of previous films like The Waterboy to create a spunky and spirited family film that’s ideal for a Saturday afternoon.

Think of it as The Amazing Race meets Chitty Chitty Bang Bang and enjoy. 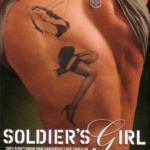 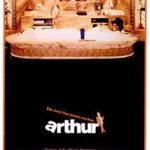