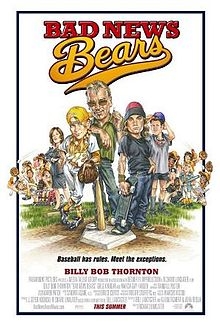 I don’t know why I’m doing this. I’m not even taking one for the team—I’m taking one for Billy Bob Thornton himself. Do you hear me, Billy Bob? I’m doing this for you, because I think your version of Bad News Bears deserves a chance. It’s an underdog of a movie that makes people want to spit and throw hot dogs, but I liked it, and maybe someone else will too.

I brought Bad News Bears home over Christmas with no preconceived notions. I thought it looked okay, I usually enjoy Billy Bob, and so I popped it into the VCR. I spent the next two hours generally smiling and having a great time, completely unaware of my deplorable taste in movies. It wasn’t until I got back to work and someone said, “Did you see The Bad News Bears?” that it became clear. I smiled cluelessly and said, “Yeah! Wasn’t it great?” and she wrinkled her nose and said, “Oh god, I hated it.”

I think the love it or hate it reaction has a lot to do with the original movie. Fans of the original are not digging the Billy Bob version, but my only memory of the first movie is disappointment. I remember waiting all day for it to be on TV one Sunday, and when it came on, it was just a bunch of boring baseball. I suspect all the good bits had been edited out, and it was an all around let down. My enjoyment of Billy Bob’s Bears amounts to this: swearing is fun.

I confess—I was thoroughly entertained by Billy Bob’s lazy, apathetic Coach Buttermaker and his team of potty-mouthed little leaguers. “Why would a guy like that even be a coach?” I wondered, but I guess that’s just what former pros do with their interminable retirement years.  Billy Bob is surprisingly endearing as a complete shitbag. He sort of does the Bad Santa thing, where he just drinks and delivers one liners in a deadpan voice, yet there’s something likable about him. Some part of him knows he’s a failure, but doing better still eludes him.

In any case, I enjoyed watching the team’s rather pointless struggle to almost success. I loved it when Billy Bob makes fun of rival coach Greg Kinnear’s too-tight shorts… something about not wanting to see his grapes? The movie is full of did-I-really-just-hear-that? lines, and despite making a minimum of sense, it’s great fun for anyone who has a teenage boy with no standards lurking in their soul. 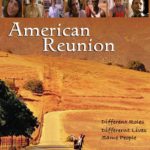 PreviousAmerican ReunionNextVickie’s Best and Worst of 2006