If you’ve spent the last 40 years revisiting Halloween in Haddonfield, Illinois, then it should come as no surprise that the film’s protagonist, Laurie Strode (Jamie Lee Curtis) has been a little stuck as well. 2018’s Halloween serves as a direct sequel to the original (identical title be damned), and asks that we ignore the many sequels in between. In order to see Laurie, now a grandmother, face off against Michael Myers, fans will be happy to oblige. 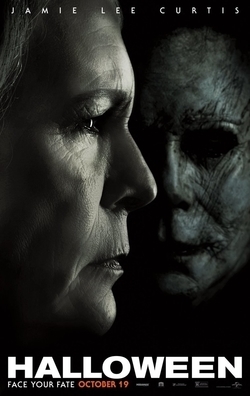 After nearly being killed by Michael Myers as a teenager and losing several friends to his murderous rampage, Laurie Strode made some semblance of a normal life. She married twice, had a daughter, and created a home, but the trauma she carried with her defined every aspect of this life. The marriages ended in divorce, her daughter was taken by Child Protective Services, and her home…is more of a bunker decorated in shabby chic.

Laurie Strode in 2018 is still very much a victim of Michael Myers. Her relationship with her daughter, Karen (Judy Greer), is strained to say the least, and her relationship with her granddaughter, Allyson (Andi Matichak) is not what it could be. The conviction that Michael Myers will one day be back and the years of constant vigilance and preparation for his return have come with a high price. The thing is, Laurie isn’t wrong.

Indeed, Michael Myers is just as freakishly unstoppable as he was in 1978. A prison transfer provides the opportunity to mount his escape, and there he is, back in Haddonfield on Halloween. It is a strangely perfect storm that allows the movie to succeed on several levels. Not only will Laurie face off against Michael after forty years of anticipation, but so will her daughter who has basically been trained like a soldier to fight an enemy she’s never seen. If he exists as a real threat, it will go a long way to prove Laurie’s sanity and mend her relationship with Karen. Further, it will help Allyson understand just about every aspect of life in her family. There is a certain gravitas to three generations of Strode women confronting the defining evil in their lives.

Meanwhile, Allyson affords the movie some of the trappings of a teen slasher flick, and clever nods to the original franchise lend a subtle element of humor and nostalgia. (Look for a cameo by PJ Soles and kids wearing the masks from Halloween III among other things.) John Carpenter returns with son Cody to provide the film’s score, and Nick Castle reprises his role as Myers. It’s a loving and satisfying homage to one of the most iconic horror movies of our time.

The Blu-ray + DVD + Digital edition includes the featurettes “Back in Haddonfield: Making Halloween“, “The Original Scream Queen”, “The Sound of Fear”, “Journey of the Mask”, and “The Legacy of Halloween“. 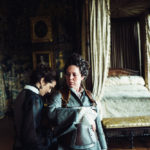 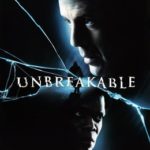