If you’re at all like me, and have such profound childhood memories of Mary Poppins that even hearing the first few wistful notes of “Chim Chim Cher-ee” or “Feed the Birds” puts a big lump in your throat, you owe it to yourself to see this wonderfully heartfelt and heart-swelling drama about how the story of everyone’s favorite nanny went from page to screen.
By Vickieon December 12, 2013
0 Comments
Our Rating 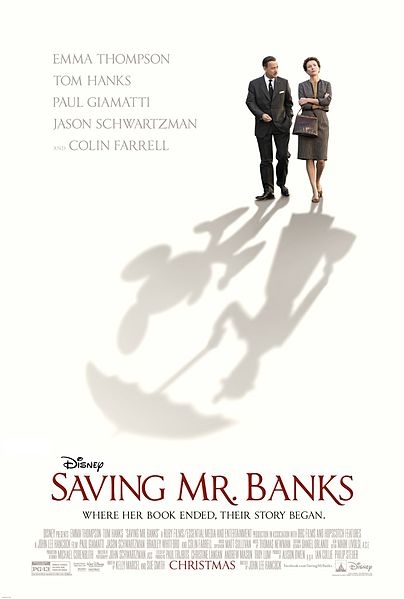 Emma Thompson, turning in what is easily one of her richest and most complex performances, stars as P.L. Travers, the seriously sour, exceedingly stubborn and altogether unpleasant British author who, for more than two decades, refused to sign over the rights to her book, Mary Poppins, to Walt Disney (Tom Hanks). When Disney throws one final Hail-Mary pass – flying Travers out to Hollywood to participate in, and have final sign-off on, her book’s adaptation before (he hopes) granting those precious rights – it’s an oil-and-fish-out-of-water combo that pits two creative greats against one another.

More than that, though, it’s the story of a lonely woman so wounded by her past that she can’t seem to exist in the present without creating some kind of struggle for herself… and everyone around her. Flashbacks to Travers’ days as a young girl growing up in rural Australia with her alcoholic father (a magnificently flawed and heartbreaking Colin Farrell) brilliantly – and in an expertly paced way – bring to light the reasons behind her fierce protection of the story she created. For her, Mary Poppins isn’t just a character, she’s an essential part of the fabric of Travers’ difficult life.

The film follows Travers on her American sojourn, all furrowed brow and wagging finger and harumphing, as she works – with epic amounts of friction – alongside screenwriter Don DeGradi (Bradley Whitford), and musical directors Robert and Richard Sherman (B.J. Novak, Jason Schwartzman) on every single syllable, minute detail and spec of content going into the big-screen version of her beloved book. It’s here that Saving Mr. Banks has some of its funniest, and most tragic, moments, as the truth behind Travers’ behavior is ever so slowly brought to light.

Thompson is beyond wonderful here, creating a full-bodied character who’s simultaneously irritating and irresistible. Her P.L. Travers is brusque, condescending, impossible and rigid, but Thompson deftly allows enough glimpses of her sadness, pain and humanity to keep her entirely sympathetic and, on occasion, downright endearing in her frostiness.

While Hanks is okay as Disney (never really disappearing into his role), the supporting cast soars. Farrell is absolutely terrific, Novak and Schwartzman are delightful, and little Annie Rose Buckley – who plays Travers as a girl – is a pint-sized wonder.

This year marks the 50th anniversary of Mary Poppins, and Saving Mr. Banks makes for a perfect companion piece. Whether you’re a longtime fan or just discovering Mary Poppins for the first time, this marvelously executed peek behind the Disney curtain of a cherished classic is a must-see. 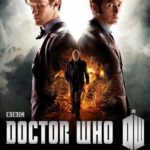 PreviousDoctor Who: The Day of the DoctorNextGolden Globes nominees include ‘Rush’, ‘Philomena’, and ‘Wolf of Wall Street’