Here we are again. Who would have thought we’d still be here, two years into a pandemic, with 800,000+ Americans dead, with apparently no end in sight (and that is with vaccines)? We are all weary, wanting things to go back to some semblance of normal, but then another variant comes along (super-contagious, just in time for the holidays… yay!). On top of that, 2021 decided to take beloved Betty White on the last day of the year–though the image I prefer is that she dragged 2021 out the door with her for the good of humankind. Go, Betty!

I crept into a movie theater for the first time in a year in February to see Minari with a handful of other masked folks sitting far, far apart. I have to admit, it was a thrill to be back. Then by the end of 2021, I was backing off again. Seeing Spider-man: No Way Home with a packed audience of excited moviegoers? Thanks, I’ll just wait a few weeks for a sparsely-attended matinee.

Since 2020 seems to have lasted at least two years, my list this time will be similar to my last: aka, I’m going to put whatever I want here, in no particular order. Hope you all are hanging in there!

MY MOST MEMORABLE PANDEMIC VIEWING, AGAIN

Midnight Mass – One of my favorite genres is religious horror, but I never expected that genre to also make me cry. Mike Flanagan’s latest just-in-time-for-Halloween series was both scary and surprisingly moving, as an isolated island town has a resurgence of religious fervor based on the arrival of a handsome young priest, some unexplainable miracles, and a frightening “angel” that may be the key to everything. (Netflix) 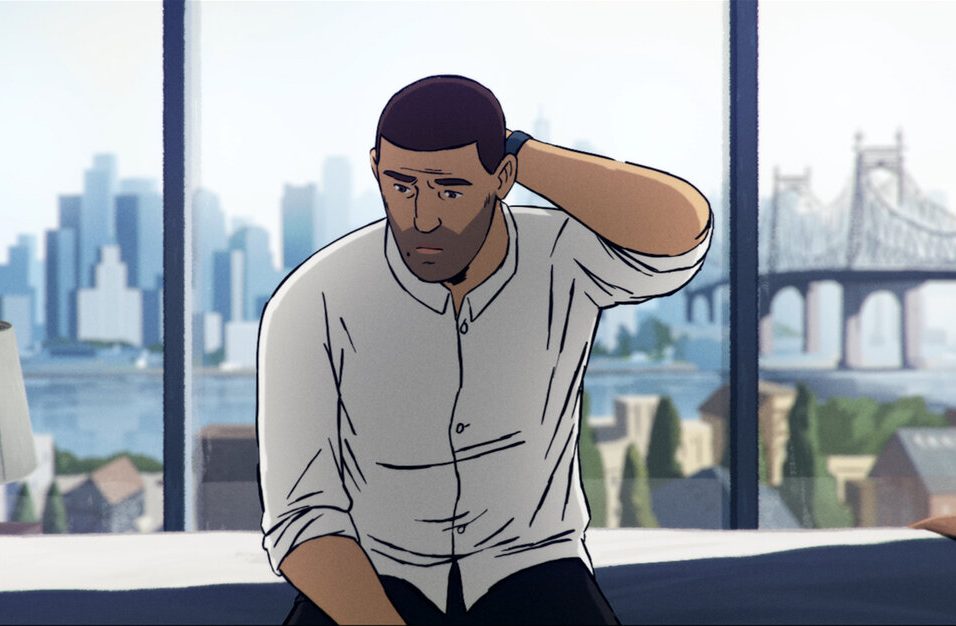 Flee (Flugt) – I saw Flee in January via Sundance streaming, and an already excellent documentary became all the more poignant and relevant with the swift fall of Kabul to the Taliban months later in August. An animated memoir, Flee tells the story of Amin, a Afghan refugee settled in Denmark, as he recounts fleeing Kabul as a teenager. The simplistic animation style is in stark contrast with his stories, some of which will make you gasp. (Select theaters)

The Terror: Season One – Yes, this series was from 2016, but was soooo good (important note: just watch the first stand-alone season). In the mid-1800s, the British ship the HMS Terror, along with the HMS Erebus, went on a voyage to find the Northwest Passage and never returned. This 10-part drama imagines how things went so very, very wrong when they got stuck in the ice. It’s bone-chillingly horrific, even without the supernatural elements thrown in to make you scream at the TV (like I did). (Hulu)

Riders of Justice (Retfærdighedens ryttere) – In another festival favorite, Mads Mikkelsen plays a gruff military guy who comes home to take care of his daughter after his wife dies in a tragic train accident. But was it an accident? Deadpan brute Mikkelsen teams up with a band of geeks who think they know something fishy about the crash, making for a surprisingly entertaining, full-blown vengeance movie with a lot of heart. (Hulu)

Squid Game – As addicting as it is grisly, this Korean show was a streaming sensation for good reason. Crippling debt breeds desperation for hundreds of hand-picked contestants who compete in a bunch of children’s games to ultimately win a huge jackpot. The problem is, only one player will triumph. Everyone else is killed, one by one, as the contest advances. (Netflix)

Lamb / Pig – No, these movies are not related, except for their farm animal titles, but both were right up my alley. In Lamb, a couple on an isolated farm in Iceland find themselves with a half-human/half-sheep lamb that they (oh, yesss) decide to raise as their child. In Pig, Nicolas Cage is a living-in-the-woods recluse who has to return to the city when his beloved truffle pig is stolen. To my great surprise, the film turns into a withering portrayal of the urban artisanal food scene. So odd, both, yet so good. (Lamb is streaming on multiple sites, Pig is on Hulu)

Electrical Life of Louis Wain – You know those Victorian-era pop-art drawings of cats playing poker, having drunken parties, and cavorting like humans? The artist Louis Wain was an odd duck, and lived both a magical and terribly sad life. Benedict Cumberbatch and Claire Foy are so quirky and marvelous as Louis and his love Emily that their tragedy will just make you kind of sob (as it did to me), even as the drawings make you smile. (Amazon Prime)

West Side Story – It was a movie that few thought needed a remake, and probably even fewer thought Steven Spielberg should do it. But who thought the movie would be so thrillingly cinematic, and so marvelously exuberant to see on a big screen with a crowd? (Select theaters)

The Power of the Dog – Jane Campion returns after more than a decade with this gorgeous and strange Western taking place in 1925 Montana. Benedict Cumberbatch plays Phil, a simmering, brutish rancher whose brother/ranching partner marries a young widow with a gawky teenage son. There is more than a hint of something sinister lurking in the quiet tension, but the story remains unpredictable. (Netflix)

Ted Lasso – Not everything I watched was weird and creepy! I jumped on the Ted Lasso train after it won a slew of awards and came out with a second season in the spring. Everything is true about this warm, funny, and often crass comedy about a seemingly dorky and naïve American football coach going to the UK to coach real football (aka soccer). The show is like a warm hug from a friend, something that we’ve all been craving. (Apple TV)

Some other things I loved…

The logo for the new Dune movie… gorgeous!

Kate Winslet and Julianne Nicholson as long-time best friends in Mare of Easttown (on HBO Max). 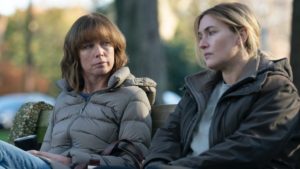 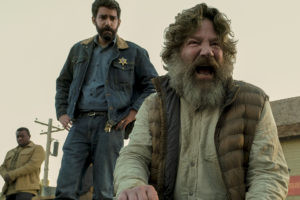 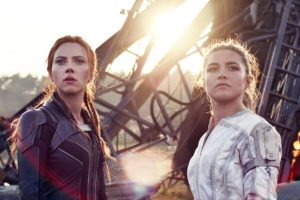 And finally, I’ll count this as movie-making magic…

In a comeback no one saw coming after they broke up decades ago, 70s’ pop supergroup ABBA became part of the CGI age. Announcing a 2022 concert residency in London, they will have digitally recreated CGI avatars “perform” as their younger selves on stage in a stadium, accompanied by live musicians. Yes, the teased images (watch starting about 03:40 in the video) look as weird and unsettling as you can imagine (the “uncanny valley” of dead-eyed CGI humans still has not been solved)… but the only thing that mattered is that they released their first new album in 40 years. This ABBA superfan actually burst into tears while watching the live announcement and debut of new songs on the interwebs. Talk about living on video.