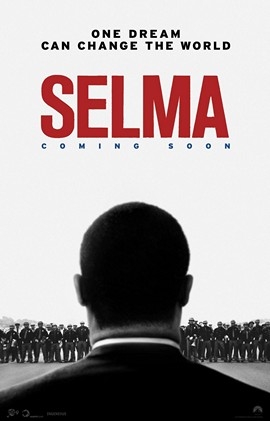 Director Ava DuVernay throws her hat into the ring with the latest civil rights drama, and comes out ahead of the pack with her stirring MLK drama. Avoiding the “I don’t know when to end this movie” problem that Steven Spielberg had with Lincoln, and the “how can such an interesting story be so boring” problem that plagued the well-intentioned Mandela: The Long Walk to Freedom, DuVernay manages to keep her movie tight, respect the audience, and end it at the right spot, with nary a wasted scene.

Selma focuses specifically on the events of 1965, as Martin Luther King, Jr. (David Oyelowo) focused his attention on voting rights for African-Americans in Alabama, culminating with the infamous march across the Edmund Pettus Bridge in Selma, where peaceful marchers were attacked by state troopers per the instruction of Governor George Wallace (played with smarm by Tim Roth). King was not entirely welcome, as he brought his posse of outside activists into a hotbed situation. Selma already had an organization of local student activists doggedly leading the fight for a couple years, led by, among others, future Congressman John Lewis (Stephan James). But, as MLK pointed out to them, their tactics had not been working, so it was time to step up the game.

There are many interesting things to know about the film while watching it. One was that the filmmakers did not get permission from MLK’s family to use his actual speeches in the film (at least without paying big bucks for the rights). Instead, his speeches in the film are “approximations”, where chants like “Give us the ballot” were tweaked to be “Give us the vote” to avoid copyright issues. Surprisingly, because of Oyelowo’s fine performance, you really don’t notice (in this case, MLK-ish is good enough). Another beef the some viewers have found with the dramatization, is that President Johnson (Tom Wilkinson) is portrayed as being a road block and thorn in the side of MLK, when in reality that worked closely together. Every film needs a villain, and while LBJ is shown as cantankerous, his depiction doesn’t seem so bad when all you have to do is introduce George Wallace into the mix.

But these things didn’t really matter to me as I watched Selma. The meat of the movie is a solid ensemble drama, with notably beautiful cinematography. But I have to admit, what caused my jaw to drop was how astonishingly well-done several scenes in the film were. From one of the first moments, that shocks the audience by showing little girls in their Sunday school best being blown up in the infamous church bombing in Birmingham (a scene that had everyone around me crying mere minutes into the film), to the depiction of the violence on the marches in Selma, there are not one, not two, but several unforgettable scenes. If I don’t really remember much of the melodrama depicted in the in-between scenes of Selma, I will remember the moment where MLK comforts the father of murdered protestor Jimmie Lee Jackson. I will remember an older African-American lady (played by Oprah Winfrey) simply trying to register to vote. And I will remember the troopers donning their gas masks and tapping their barbed-wire billy-clubs, waiting for the marchers. These moments (and more) are simply outstanding. 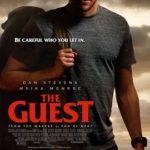 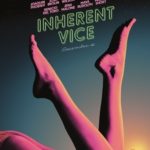