The Mortal Instruments: City of Bones

I don’t know if it is the fault of the material or the movie, but there are a lot of howl-worthy developments in this latest supernatural teen series.
By Lindaon August 14, 2013
0 Comments
Our Rating 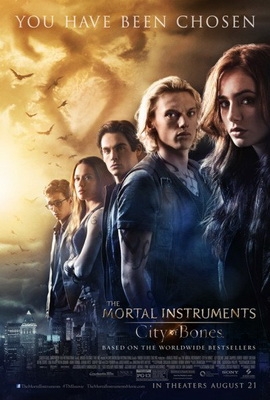 I can only guess that The Mortal Instruments series of books is much better than this film. After all, the story seems to pick and choose from the hot genres, throwing in demon-hunters, vampires, werewolves, witches and a portal right out of Stargate. Toss in some ironic self-awareness, good-looking young actors, and a bonafide fanboy/fangirl goddess (Lena Headey) as a hot mom, and you’ve got, well, kind of a hot mess.

Like seemingly all YA heroines, now that Clary (Lily Collins) has just turned 16, a world of unknown power and danger is suddenly revealed to her. Lured by a symbol only she can see, she grabs her lovelorn BFF Simon (Misfits‘ Robert Sheehan) and goes into a goth club. To her horror, she witnesses a murder that seemingly only she can see. Turns out she is descended from this hidden race of people, called Shadowhunters, whose job it is to rid the world of demons. So when Clary’s mother (Headey) disappears after a violent home break-in, Clary teams up with the Shadowhunters to find her mom before it is too late.

Now, there is a lot going on in the story. There is an invisible Shadowcatcher lair/castle in the middle of the city, and this lair, of course, sports an awesome library lorded over by an elder (Jared Harris). The Shadowcatchers are few and far between, and are, unsurprisingly, almost all young (looking) and attractive in their black leather. The hottie main Shadowcatcher Jace (Jamie Campbell Bower) immediately set the girls in the audience into a twitter, offering some sexual tension with Clary in more ways than one. For the moms in the audience, there’s Valentine (Jonathan Rhys Meyers, who is always good at sexy-scary), a power-hungry guy who has been exiled somewhere in the portal, apparently to the 80s where he’s been working on his rock-star skinny braids. The problem for Clary is not only is her mom missing, but Valentine’s bad guys are after a mysterious powerful cup, and they think she knows where it is.

I don’t know if it is the fault of the material or the movie, but there are a lot of howl-worthy developments in The Mortal Instruments: City of Bones. It is one thing to giggle at a movie, but when the target audience it guffawing at major plot twists that rival a classic, epic saga not to be named (because it would give everything away in an instant), that can’t bode well. A lot of the humor in the film is clearly intentional, but when there are unintentional laughs throughout the rest of the story, the filmmakers should start getting nervous as they wring their hands about potential sequels. 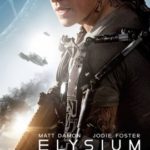 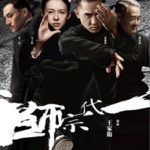