The Oranges is the sort of upper middle class neighborhood in suburban New Jersey where nothing much happens, you know, until what happened happened.
By Jenniferon June 11, 2013
0 Comments
Our Rating 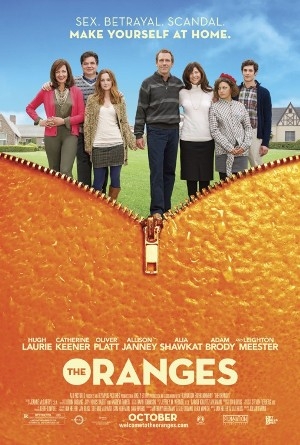 Narrated by Vanessa (Alia Shawkat), The Oranges tells the story of two families who have always been extremely close. David (Hugh Laurie) lives next door to his best friend Terry (Oliver Platt), and the two go running together three times a week without fail. Their families are constantly socializing over dinner, holidays, or just yelling across the driveway, the wives Paige (Catherine Keener) and Carol (Allison Janney) are friends, and the daughters Vanessa and Nina (Leighton Meester) used to be friends…until high school when Nina turned into a total backstabbing bitch. It’s safe to say that the two families are thoroughly intertwined, but things get a little too close when the prodigal Nina returns home.

After years of traveling the world and deliberately avoiding her parents, Nina announces that she’s about to be married. And when her mother appropriately voices concern, Nina’s all like, “You can’t control me! I know what I’m doing!” and then she walks in the other room and finds her fiancé cheating. So, since she’s obviously got everything all figured out, little Nina goes crawling back to her parents, who let her stay with them, even though she’s been endlessly disrespectful for no apparent reason. Terry and Carol may be a little boring and a little bourgeois, but there’s certainly no reason for their only daughter to treat them like dirt, particularly at age 24, when there’s really no excuse for bratty backtalking. As if her return weren’t jarring enough in itself, Nina further upsets life in The Oranges by readily leaning in for a kiss and then launching an improbable relationship with David.

This in no way excuses David, who has known Nina since she was a baby and certainly knows of the bad blood that exists between her and his daughter. Their relationship systematically betrays every member of both families, turning just about every relationship on its ear. Nina’s parents are shocked and hurt, David’s wife promptly moves out of the house and into the local bed and breakfast, neither family knows what this development means for their friendship, and Vanessa sits in the middle of it all, her life abruptly upturned by the same frenemy who drove a knife in her heart in high school. Though Vanessa’s life plan is a few years behind and she still lives at home, her situation is made painfully awkward as she deals with the absence of her mother, anger toward her father, Nina’s intrusion, and the approaching holidays.

As disturbing as this whole situation is, it becomes clear that something needed to happen to stir things up in The Oranges. David wouldn’t have cheated if his marriage weren’t already broken, and Paige never would have found her true calling had he not made this unforgivable choice. Vanessa might have languished for years in her childhood bedroom if the safety of suburbia hadn’t been shattered that fateful Christmas, and Terry and Carol might have lamented the absence of their daughter indefinitely had they not learned that her presence was nothing but trouble. We can only hope that Nina grew up through the process of being involved with a decent older man and, you know, hurting everyone who had ever been significant in her life. It’s an odd, strangely resonant comedy that misses the mark only because so many of its characters are unlikable. Only Vanessa remains truly sympathetic throughout the entire film, but in the end, that’s kind of the point. 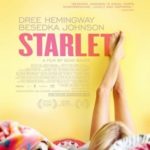 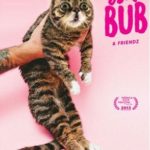