You know, you kind of have to hand it to Underwater: it’s an unapologetically derivative action-thriller that cribs from all sorts of similarly themed movies before it (most notably, Alien), but it’s super-efficient.
By Vickieon January 10, 2020
0 Comments
Our Rating 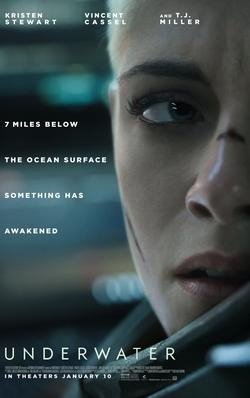 Within about three minutes of the insanely expository opening credits that feel edited together by someone with untreated ADD – blink and you’ll no doubt miss a key piece of info that flashes onscreen for a millisecond – the action gets underway and keeps right on going throughout its brisk 95-minute runtime.

Who needs pesky, superfluous content like character development or set up (again, see: the opening credits for all the details you need) when you can go straight for big explosions, jarring scares, and scene after scene of sweat-inducing, oxygen-deprived claustrophobia?

Sounds great, right?! Sadly, it’s not. The filmmakers deliver a movie that’s all atmospheric style with very little substance to support it.

No sooner do we lay eyes on Norah (Kristen Stewart), a mechanical engineer working on a corporate drill project in the Mariana Trench several miles below the surface, than the walls of the borderline-rust-bucket-y underwater station she calls home literally come crashing in while she brushes her teeth and philosophizes about life in a tonally deceptive voiceover. I say “deceptive” because Norah’s pensive reflection is the sole moment in the entire film that has anything to do with deep thought, and it belies what’s to come.

Soon, amid the destruction, death and rapidly escalating need to escape before the entire station implodes from the pressure of the ocean above it, we discover that Norah is one of only a handful of survivors – among them, the steely captain (Vincent Cassel), a wide-eyed research assistant (Iron Fist’s Jessica Henwick), the comic relief (T.J. Miller, a refreshing presence amid the gloom), and a cipher-like dude so devoid of character development and purpose that I don’t know his character’s name, can’t remember his job and didn’t realize until after the film was over that he was played by The Newsroom’s John Gallagher Jr.

The captain reveals a risky plan for possible survival: climbing into massive, refrigerator-like diving suits and heading out – in elevators, through tunnels and, occasionally, walking across the pitch-black ocean floor – to reach another drill rig about two miles away. Sure, they might die in the process, the captain admits, but they might also live. The journey is wildly perilous as it is, but the almost-immediate discovery that an army of flesh-colored, teeth-gnashing, human-eating squid-like creatures are on the prowl in the depths – making literal mincemeat of anyone stupid enough to cross their paths – is a major buzzkill for our heroes. Suddenly, running out of air drops down a few notches on their collective “Top 10 things that might kill us down here” list.

Problem is, even at just over an hour and a half, the movie ebbs and flows, and gets repetitive pretty quickly. There are only so many times a character can head a loud thud or weird noise and say, “WHAT was THAT?!” before it gets boring. WE ALL KNOW WHAT IT WAS AND SO DO YOU. The actors do their best with some incredibly thin material, and the occasional glimpse into their personal lives (through expository dialogue or the repeated use of conveniently discovered photographs from the past) doesn’t add much. There’s also a misplaced eco-conscious slant that feels weirdly out of place.

Stewart is a capable lead, and I wish she’d been given more meat to work with, and Cassel is fine but entirely forgettable. As mentioned, Miller is the lone bright spot and, for me, the best thing about the film; his quips and asides actually made me laugh. There are some genuinely squirmy sequences – such as the team squeezing themselves through a ridiculously constricted underwater space that makes the inside of an MRI machine look spacious – that work in a make-the-audience-uncomfortable way. It’s not an awful movie, it just could have been so much better.

Overall, though, the filmmakers’ decision to eschew originality in favor of (re)treading really familiar ground previous mined by better films leaves Underwater gasping for air beneath a big old “who cares, though?” 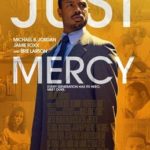 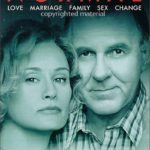