Deliver Us From Evil

I’d like to think that exorcisms, like serial killers, are much more common in pop culture than in real life. That said, there have been so many exorcism movies, that when a movie claims to be based on a true story, like Deliver Us From Evil, you can’t help but wonder if it was the author or the filmmaker who has seen too many demon-possession movies.
By Lindaon July 2, 2014
0 Comments
Our Rating 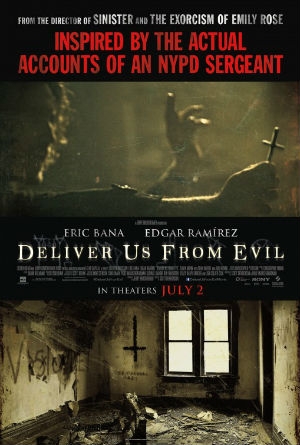 Eric Bana, a real-life Australian with a forced New Yawk accent, plays a Bronx cop, who has a sort of sixth sense when unusual trouble is brewing. He and his partner (Joel McHale, very tattooed and buff) get involved with some mysterious cases that end up overlapping. There is a hooded goth-guy, a painter-slash-sort of creepy lion-whisperer, who convinces a woman to toss her infant into a zoo’s lion pen. There is a psycho Iraqi war vet who brutally beats his wife and has a talent of leaping through the glass of a closed window. There is even an immigrant family who hears things bumping around in their basement, who also can’t seem to get any of their light bulbs to properly work. Meanwhile, there is Eric Bana, who hears static and children’s voices, which (of course) no one else can hear.

But we, as the audience, know that something is up, based on the cheesy, poorly-acted opening scene, a sort of “found footage” moment where some U.S. soldiers go down into an underground desert temple in Iraq and read ancient writing on the wall. Release the demons!

Now, I keep calling him Eric Bana, because literally in the last (of course feel-good) scene of the film, his character is addressed by name. I thought, “Wait, THAT’S his name?!?!?” I realized that I had watched an entirely too long film, with at least three endings, without catching the main character’s name. That’s not a good sign.

The only redeeming quality of Deliver Us From Evil, a movie that resorts to cheap scares and expected demonic possessions, is the presence of the Hot Priest. Now, it is kind of funny that the Hot Priest—smoking, with a leather jacket, reminiscing about his whorish druggie days—has become kind of a cliche in these types of films… but without the presence of Édgar Ramírez, with his lovely, long black priestly curls, this movie would have been even more of a by-the-numbers bore than it already was. That is why I’d like to give the film crew credit for making the final exorcism scene inexplicably involve lots of spraying water. This allowed Édgar Ramírez and his lovely hair to get wet, giving us at least something pretty to look at while waiting for the demonic energy to fly out of the possessed. 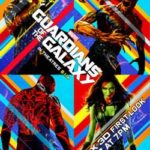 PreviousMarvel and IMAX offer free first looks screenings of Guardians of the Galaxy in U.S. and CanadaNextThe Birdcage 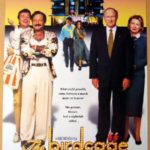