Amityville is bad news. This is the message we must pass on to our children.
By Jenniferon November 25, 2013
0 Comments
Our Rating 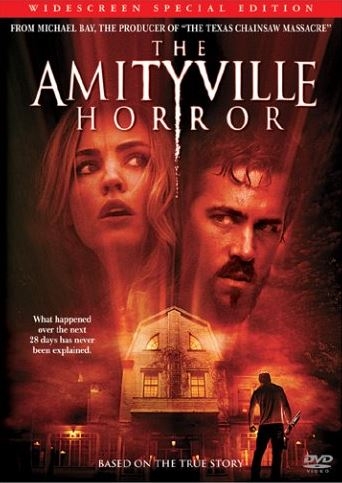 Hey kids! Look what’s out just in time for Halloween—it’s the new Amityville Horror! What the world really needs is an Amityville movie at least every five years, and I just don’t know what we’ll do if Hollywood ever fails to deliver. Don’t look at them as cheap, recycled versions of a story we all heard 30 years ago—appreciate them for the vital public service announcements they are.

For anyone over the age of, say, ten, it’s pretty hard to watch an unwitting couple get all excited about the deal of a lifetime on their dream house when that house is located in good old Amityville. “Idiots,” you want to hiss, “It’s evil. And haunted. Run for your lives!” But once again, we’re supposed to believe that it’s 1975 and these poor dumb humps don’t know any better.

This time, Ryan Reynolds and Melissa George star as the poor dumb humps, George and Kathy Lutz.  Things begin to sour for the family on their first day at Amityville, but it takes them 28 days to figure out the house is evil. Do not let this happen to you.

If, for example, you move into a house where people were murdered, you may want to pay attention when your sweet little girl makes friends with someone who lives in the closet. This should set off some pretty loud alarm bells that there is something very wrong with your house or your kid. If your children begin wistfully speaking about “seeing Daddy” and Daddy is dead, this too should disturb you. If your George complains of cold spots in the house, starts throwing up at random, and generally acts creepy, this is another very bad sign.

Furthermore, if the whites in your George’s eyes turn kind of grey and runny, and he sort of snarls when he says he wants to make you happy, this is definitely time to worry. In fact, I would recommend worrying before he shoots the dog and forces your son to hold onto the logs as he splits them on a chopping block. If you’re unmoved by your George’s mental deterioration, perhaps you’ll be inspired to get out when men in white coats extract your hysterical babysitter from the closet where your daughter’s little “friend” lives. Still not scared? I have five words for you: “katch ’em and kill ’em.”

Luckily, even the hapless Lutzs manage to get out before they suffer the same fate as the last family who lived in the Amityville mansion. Kathy finally has the presence of mind to read up on the property at the library. Only then does she learn that her home is built upon an elaborate system of torture chambers, and that there are enough bad vibes on that particular piece of land to sink a battleship.

What do we learn from all this? Do your research before you buy! The library is our friend. Listen to your instincts—if people were killed in your house and it seems haunted, it probably is. George says, “There are no bad houses, only bad people.” Don’t listen to him! And lastly, don’t ever, ever buy anything from Amityville, whether it is a house, a lamp, or a dollhouse. Amityville is bad news. This is the message we must pass on to our children. This is why we are bound to see another Amityville movie, but for those of us who have learned our lesson, that doesn’t mean we have to watch it. 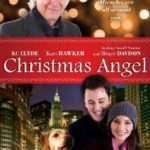