The Day After Tomorrow

The Day After Tomorrow is a by-the-book disaster film, and because of that, I have to admit that I totally enjoyed it.
By Lindaon December 28, 2014
0 Comments
Our Rating 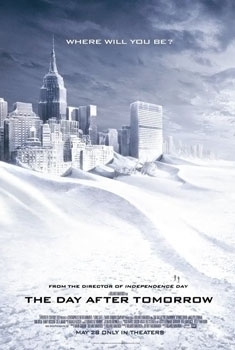 Disaster film formula: Heal a broken family by putting them in the middle of a disaster. Estranged father makes up for past of broken promises by saving estranged teenage child, while mom (who is an upstanding professional woman in her own right) worries about them from another city, while serving as a mother figure to an abandoned child/helpless animal. Thrown a handful of multi-ethnic supporting characters, toss them about violently via acts of god (or aliens), and have at least one male/female couple kiss at the end. Oh, introduce a dog early on. People get killed off left and right, but the dog ALWAYS survives.

The Day After Tomorrow is a by-the-book disaster film, and because of that, I have to admit that I totally enjoyed it. It is exactly what you’d expect from the trailers, so it doesn’t let you down. And like all the best disaster movies, it distracts you from the many huge—and I mean HUGE— plot holes, by showing the ubiquitous national landmarks getting obliterated in the most fantastic natural disaster-type ways. And of course, keeping with tradition, the only cities that matter are New York City (for the love of all that’s holy, Manhattan IS America!) and Los Angeles (which is a stretch for sympathy, as the only recognizable landmark is the HOLLYWOOD sign… buh bye!).

Dennis Quaid plays estranged father Jack, a paleo-oceanographic-climate-ice-age-ologist (or something of the sort), who has Never Been There for his son Sam (Jake Gyllenhaal, with an extra-smooth face and bad posture to make a 23-year-old look 17). Sam is a brainiac child—established by a dialogue that explains how he is smarter than his calculus teacher—and is off from DC to conveniently landmark-drenched New York for a brainiac high school competition. Sela Ward is the dewey-eyed mom/wife/ex-wife who is a doctor in DC who entrusted with the care of some ill child that seems to have no parents. Why her subplot is in this movie, I don’t know.

Jack in the meantime is yelling at the U.S. government, because a chunk of ice the size of Rhode Island snapped off under his feet while he was in Antarctica drilling for ice cubes. Global warming has abruptly set of a baffling chain of events that triggers a sudden ice age that will envelop most of the Northern Hemisphere within a few days. But it is already too late! There’s tornadoes in Los Angeles ripping through downtown! Cool! Blocks of ice falling from the sky, killing good-looking Asians in Tokyo! Kinda cool! A monster tidal wave crashing through Manhattan! VERY COOL! Sam is trapped with a motley crew of survivors in the New York Library, and Jack, damn-reasoning-to-hell, is going to go and get his son (which brings solemn nods of understanding from the entire US government, despite the fact that Jack seems to be the only one who knows what’s going on). The weather is only going to get worse… severe snow storms followed by a sudden deep deep freeze… will he make it? My god, WILL HE???

If you took away the special effects in The Day After Tomorrow, you’d be left with a severely dorky film with proven good actors (Quaid, Gyllenhaal, and… wait… is that Ian Holm?!?) trying to keep a straight face in their surroundings. The plot is bare bones; the character development is skeletal at best. And no one seems to have a family or friends to worry about, other than the leads. But there ARE the special effects, and that’s what makes Day After the fun, ridiculous, and shamelessly entertaining popcorn flick that it intended to be. I didn’t expect anything other than what I got, and I have to admit I thought that The Day After Tomorrow, while certainly not a *good* movie, was still good, clean fun nonetheless! 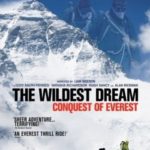 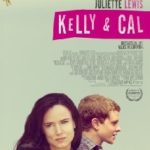