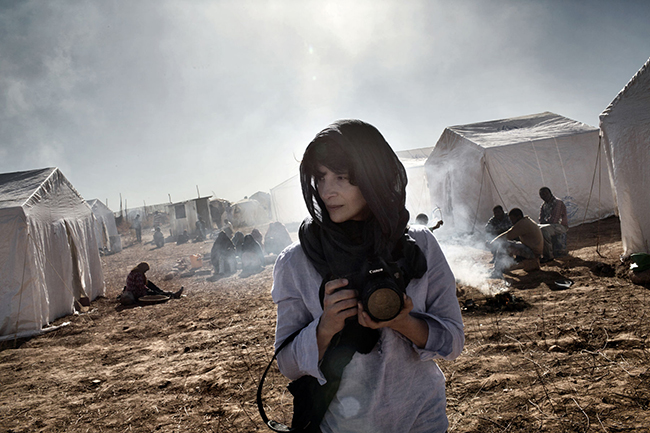 Despite the end-of-the-year critics’ awards being all over the place, with some saying 2014 was a weak year in the movies, I think it was one of the strongest in years. Here are 10 movies (and one series) that I thought were great in 2014. They are not really in order… except maybe they are a little bit:

1,000 Times Good Night – Juliette Binoche plays a war photographer addicted to her dangerous work. In a switch, her husband (Nikolaj Coster-Waldau) is the homebody, trying to keep their family together. Binoche is strong and not always likeable, nor does she make the best choices. Sounds like a male role, doesn’t it? By switching genders of the lead, the story became fresh and invigorating.

Les Revenants: Season One – Not to be confused with U.S. productions with the same name (“The Returned”), this TV series was on cable late last year, but wasn’t streaming until 2014, when I saw it — and I haven’t shaken it since. Folks in a French town are shocked when their long-dead loved ones return one strange night. Are they alive? Are they zombies? More slow-burn drama than horror, this show is quietly, creepily fantastic.

Finding Vivian Maier – In a story so crazy it has to be true, a man buys boxes and boxes of undeveloped film at an auction out of curiosity. Turns out the photos are amazing — so amazing that they deserve to be seen. But who is the photographer? Would it surprise you that it was a woman who worked for decades as a nanny? This documentary unfolds like a mystery, and is never less than delightfully enthralling. 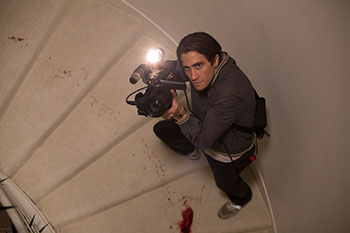 Nightcrawler – Like watching a car wreck, watching Jake Gyllenhaal’s camera-wielding ambulance-chaser made your skin crawl. Like the best satire, the film barely had to exaggerate to make you laugh uncomfortably. And when all was said and done, you really really felt like taking a shower afterwards.

Life Feels Good / The Theory of Everything – One movie is about a young man with cerebral palsy, struggling to show he can communicate. The other portrays a man who diagnosed with ALS (Lou Gehrig’s disease). Both feature Oscar-worthy central performances (by Dawid Ogrodnik and Eddie Redmayne, respectively) that offer eye-opening perspectives of two strong-willed men who won’t let their disabilities get in their way.

The Lego Movie – More fun and clever than it ever deserved to be (this coming from a kid who grew up with Legos), this silly “animated” toy box of a film made you feel like everything is awesome.

Edge of Tomorrow – Dammit, Tom Cruise, you’ve done it again! This totally entertaining sci-fi popcorn flick was saddled with a dumb title and a bad trailer. If you stayed away because of Tom Cruise, well, you will be cheered by the fact that you literally get to watch him die over and over and over.

Boyhood – Using a fictional backdrop, we see a boy (and a family), played by the same actors over a dozen years, aging before our eyes. Less of a great movie for what it is (the story is a rather typical coming-of-age), this movie will be remembered as an absolutely fascinating cinematic experiment.

Whiplash – It’s a revenge thriller meets Full Metal Jacket… that happens to take place in a music school in the world of jazz. Really. This film, a drama between teacher and student, is as tight as a snare drum. The final 10 minutes will make you gasp.

Ida – The most bleakly gorgeous film of the year, Ida shows Cold War Poland through the eyes of a young novice who is told to discover her roots before taking her vows as a nun. She finds out she is Jewish. That is her first revelation in this quiet mood piece.

Dawid Ogrodnik – Life Feels Good – As a young man trapped and trying to communicate in a body wracked with cerebral palsy, his performance is all the more astounding as he also played the sexy saxophonist in Ida this year.

Laura Dern – Wild, The Fault in Our Stars – In Hollywood, 40-something women graduate to “mom” roles. But, in playing mothers on both sides of cancer, Dern was sooo sooo good this year, stealing all her scenes in two wildly different movies.

Will Arnett – The Lego Movie – Cranky Batman is trapped in a movie awash with perky awesome, and Arnett’s gruff voice-performance made me cackle with his grumbly asides. (I also loved Batman’s song stylings: “Darkness / No parents / Continued darkness / More darkness / Get it?”)

Agata Kulesza – Ida – As Wanda, the estranged aunt of the young nun in Cold War Poland, she is both powerful in the communist regime, and powerless against her own past, which is slowly, heartbreakingly revealed.

Movie screening that made me openly sob (and I’m talking ugly-cry):

I Am Big Bird, a documentary about Carroll Spinney, who has played Sesame Street‘s yellow-feathered friend for over 40 years. If seeing footage of Big Bird singing at Jim Henson’s memorial wasn’t enough (as in: TOO. MUCH.), when Spinney showed up at the end of the festival screening to a standing ovation, and then pulled Oscar the Grouch out of his duffel bag, I completely lost it (and I know I wasn’t the only one).

A good example of why I started reviewing movies:

Under the Skin, starring Scarlett Johansson as a succubus-like alien. Just because all the critics liked it, I wanted to let you know that you aren’t the only one who didn’t get it.

Best speech in a movie full of stirring speeches:

In Pride, a crowd-pleasing movie about 1980s gay activists supporting picketing coal miners, Bill Nighy (playing a Welsh miner) got me all misty eyed where he softly described the vein of coal going from Wales to Pennsylvania, physically connecting the souls of the hard-working people working the mines. As someone descended from Welsh miners who first emigrated to Pennsylvania, his speech gave me the chills.

Ida – Every shot in this retro-looking black and white film was gorgeous. I was transfixed by the framing choices, off-center, not showing exactly what you expect to see. 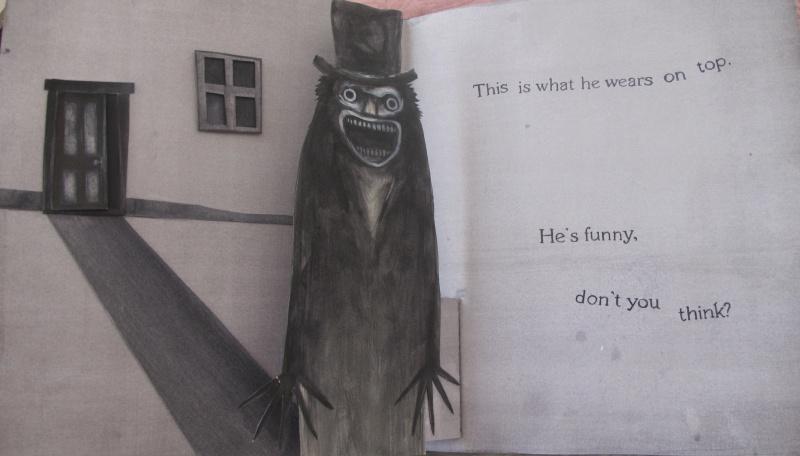 Exodus: Gods and Kings gets points for the best white-man-guyliner, but Noah wins for having a fistfight on the Ark. I don’t remember that part in Sunday school!

Best rejection of a break up:

Benedict Cumberbatch’s (gay) Alan Turning breaks up with Keira Knightley’s Joan Clarke in The Imitation Game. In return, she angrily slaps him, thus refusing his refusal, much to his great surprise.

Eva Green as Artemisia in 300: Rise of an Empire not only showed that she can wield a sword while topless (in the middle of rough sex, no less), but, if you were ever in doubt, she also shows everyone who’s boss by cutting off a man’s head, THEN making out with him. 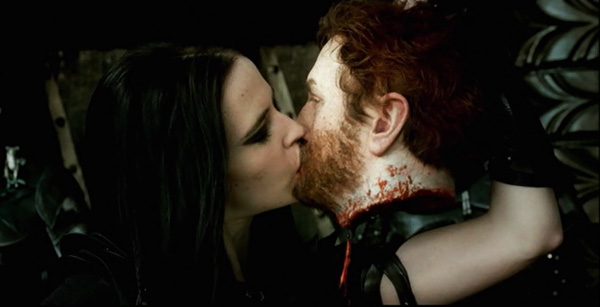 Bloodiest movie where no one actually gets killed:

Best, and most welcome scene stealer:

I haven’t been a huge fan of The Hobbit trilogy, but when Billy Connolly came roaring into battle on a fully armored pig in The Hobbit: The Battle of Five Armies, I wanted to see THAT movie instead!

Best example of why you shouldn’t lollygag:

Interstellar – Loiter a little too long, and next thing you know, 23 years of messages have piled up in your inbox!

BFF Award for the pal that you most want on your side:

Gaby Hoffman showed up as the warm and supportive best friend for a train-wreck pal in both Obvious Child and Wild. Lest you worry that she is getting typecast, be sure to check her out as her own train-wreck of a young woman in the excellent streaming series Transparent.

Most fun to be had at the movies:

2014 was my year of celebrating the 75th anniversary of one of my all-time favorite movies and classic-Hollywood obsessions: Gone With the Wind. Among my checked-off bucket-list items were a trip to Atlanta to see the Margaret Mitchell House, her grave, and even her library card at the public library, staying at Atlanta’s Georgian Terrace Hotel, which hosted the cast and crew at the 1939 premiere, seeing the remastered film on the big screen in a limited IMAX run (OMG, it was like seeing it for the first time), and, at the end of the year, pulling off a spontaneous trip where I was able to visit The Making of Gone With the Wind exhibition at Austin’s Harry Ransom Center that showcased David O. Selznick’s archives as well as some of the original costumes, including (yes) the green curtain dress! Swoon! Swoon! Swoon! I loved it all SO much, and I truly wish that every film lover can have a similar experience around their favorite movie! 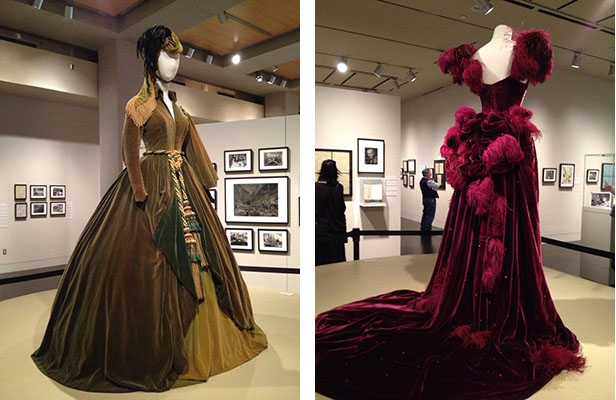 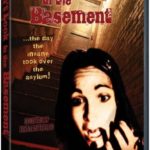 PreviousDon’t Look in the BasementNextGet On Up 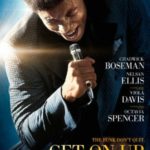